More on Darlington (2 posts below) 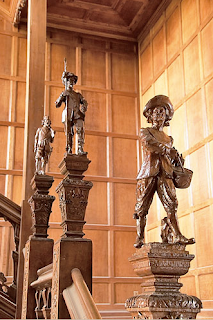 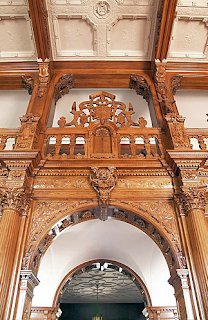 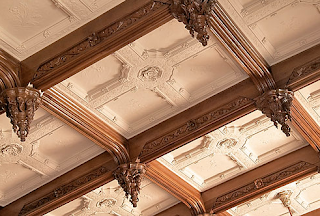 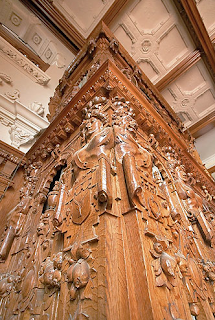 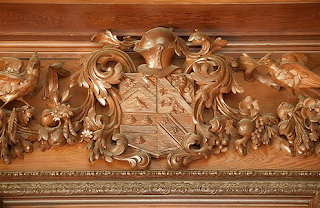 These are woodwork details from Darlington, George Crocker's house in Mahwah, New Jersey. It was completed in 1907 and is described 2 posts below. A master carver named John H. Elliott worked on this project for 4 years, and the results are certainly splendid. Elliott was hired by the architect, James Brite, a man about whom I can discover very little. He started as a draftsman at McKim, Mead and White, teamed up with a co-worker named Henry Bacon, and went on to form a partnership called Brite and Bacon. Henry Bacon was the man who designed the Lincoln Memorial in Washington, DC. Supposedly the partnership fell apart because of the excessive amount of time Bacon spent on the memorial. Brite clearly landed on his feet, judging from heavyweight clients like Herbert Pratt and George Crocker, but I'm having difficulty finding anything else he did.
Posted by John Foreman at 6:49 AM