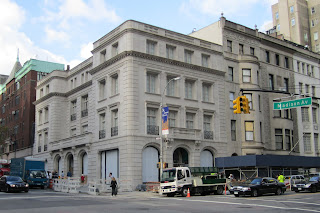 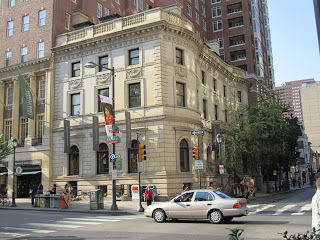 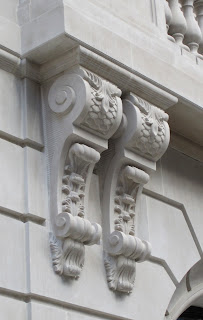 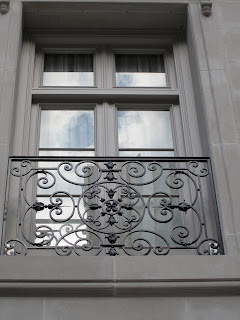 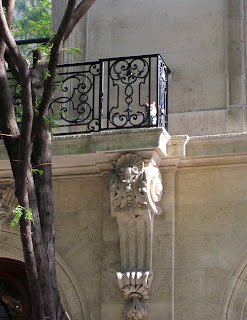 This is the new Ralph Lauren store, on the southwest corner of Madison Ave and East 72nd St. in New York. It's been wrapped in black netting for months, and while everybody knew the building would be unique, few of us had any idea of just how unique. I've posted an image of the new building at the top of this post. Directly below is an image of the Fell-Van Rensselaer house on Rittenhouse Square in Philadelphia, described at length in several posts below. These are clearly two peas in an (admittedly grandiose) pod. Of course, there's no old house interior inside Ralph Lauren's beautiful new limestone walls; it's a clothing store, not a private mansion. The exterior detail, however, is almost as good as the genuine old stuff, with perhaps one exception...the ironwork. That work is nice, but not in the same league as the vintage work on houses around the corner. The last image is a detail from a house off Fifth Ave on 71st St. It is an eloquent comparison. Still and all, the new Lauren building is beautiful, and really almost looks like a big old house.
Posted by John Foreman at 1:40 PM