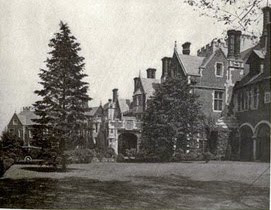 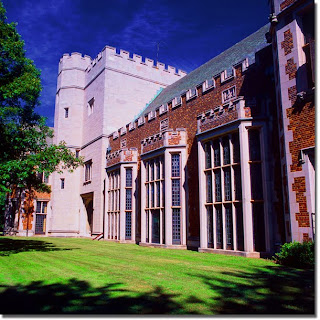 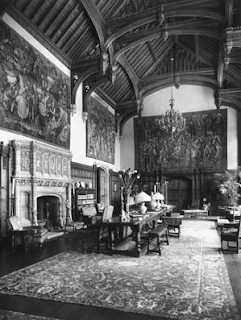 Tucked into the low hills of the Hudson Valley, is the little village of Millbrook, where I have spent the majority of my adult life. Millbrook fancies itself an elite place, and I suppose that's true. However, it is a very small place. When I find myself exploring, say, the north shore of Long Island, as I have in recent weeks, I realize just how small it is. "Inisfada" - perversely pronounced "in-ish-FAH-dah" and meaning "Long Island" in Gaelic - is the sort of house that puts little Millbrook in proper perspective. It is a perfectly immense building, still standing on 33 of its original 225 acres on Searingtown Road in Manhasset. Nicholas F. Brady (1878-1930), grand-uncle of the one-time U.S. Treasury Secretary of the same name, built it between 1916 and 1920. Brady was very rich, very upwardly mobile, and very Catholic. He died before he was sixty, and seven years later his widow gave the house to the Jesuits, who own it today.
Posted by John Foreman at 12:12 PM