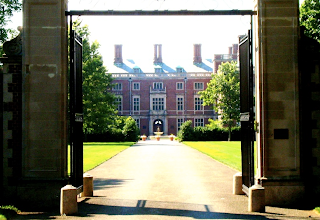 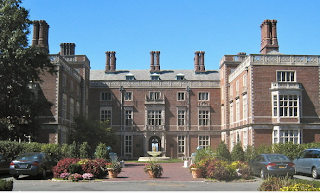 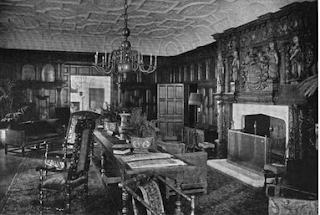 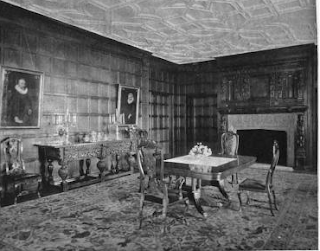 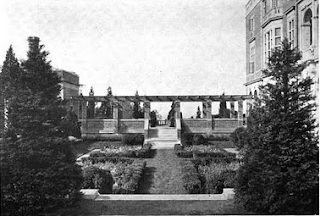 The post following this one is of a house called Darlington, in Mahwah, New Jersey. This post concerns a house by the same architect, for a client very much in the same grand category. Herbert L. Pratt (1871-1945) was, among other things, President of the Standard Oil Company of New York, forerunner of today's Exxon-Mobil Corp. In 1912 he commissioned architect James Brite to design this neo-Jacobean mansion overlooking the Long Island Sound just west of Glen Cove. The house, called The Braes and finished in 1914, was originally serviced by a famous complex called Pratt Oval, dedicated to the maintenance of half a dozen Pratt family estates in the immediate area. After Herbert Pratt's death in 1945, a marine engineering school called the Webb Institute bought the house and converted it into a highly competitive naval architectural school. Unlike Darlington (see below) the building has been completely institutionalized. The room in the 3rd image down came from an English house called Rotherwas Court, being demolished at the time The Braes was going up. Pratt's will bequeathed the room to Amherst College.
Posted by John Foreman at 8:21 PM