Some Good, Some Bad 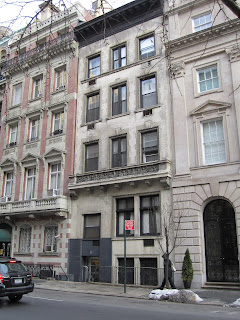 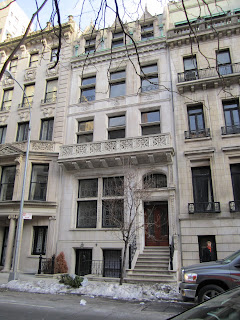 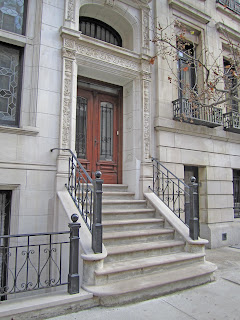 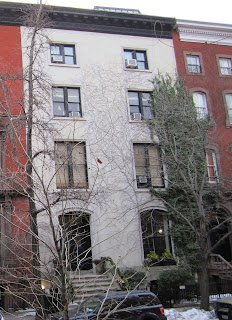 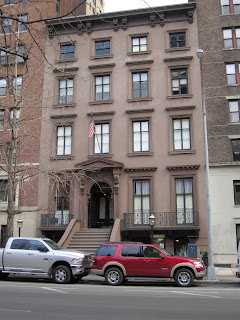 I saw a friend the other day who looked absolutely terrific. Leaning forward confidentially, she told me she'd just had a face lift. Most of the face lifts visited upon old houses have historically been pretty bad. Lately, however, things have been changing.

Image 1 - This poor old house at 11 East 66th Street has really taken it on the chin. The original stone steps to the front door have been torn away, the door itself replaced with a poorly scaled and clumsily proportioned window. Surrounding the former service entrance with polished granite slabs was probably the cheapest way to cover up demolition damage. Judging from the divided windows in the middle of the facade, the original interior has likely suffered similar heavy-handed destruction.

Image 2 - Hard to believe, but this fine looking house at 9 East 67tgh Street was, until recently, in virtually identical condition to 11 East 66th. The majority of the transformation - for those of us who can only see it from the street - stems from the reconstruction of an historically harmonious front door, and a well proportioned exterior stair. The facade has been rebalanced, and the visual harmony of the architectural elements restored. One hopes the interior has fared as well.

Image 3 - If there's one fault with this new stoop, it lies with the slightly under-scaled - and, let's face it, not very original - iron railings.

Image 4 - At some point in history, this grand and well maintained old house at 44 West 10th Street had its heavy brownstone trim work removed, its windows simplified, and its original red brick facade stuccoed over and painted white.

Image 5 - This house, built in 1852 and located at 47 Fifth Avenue, has been occupied by the Salmagundi Club since 1917. Over the years, the original window surrounds were scraped off, probably in the same quest for aesthetic "simplicity" that motivated whoever "simplified" 44 West 10th. Fat brownstone balusters on the parlor floor balcony met the same fate. A couple of years ago, the club reinstalled correct period window surrounds, restoring to the facade a much missed surface texture and play of light and shadow.
Posted by John Foreman at 12:12 PM