Back to that president 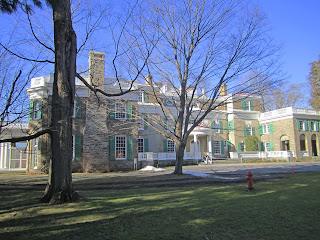 This is where I started to go two weeks ago, and then got sidetracked by the house next door (see the post below). The image above shows the east facade of Springwood, the family home of Franklin Roosevelt in Hyde Park, NY. I don't want to go through the whole National Park Service tour here, but the highlights that stuck in my mind include the following: FDR's mother owned the place until 3 years before the president's death; it's the only house where an American president was both born and buried; the property still covers 900 acres; and with very few subtractions, the interior looks exactly the way it did the day FDR died. 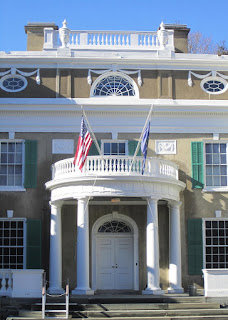 I once wrote that for me blogging was like keeping a diary and leaving it on a bus for strangers to read. Who reads it (or why) is a mystery, since what interests me doesn't always interest other people. In the case of Springwood, I find the manner of its transformation - from ho-hum Victorian country house to swank society mansion - to be really fascinating. In 1915 the distinguished firm of Hoppin and Koen simply tacked the classical fieldstone and stucco facade you see above onto a friendly, kind of pokey, not very impressive, balloon-frame, Victorian structure from the mid-19th century. What looks like a fine early 20th century mansion is a stage prop. Only the southern wing is as grand inside as its exterior suggests. 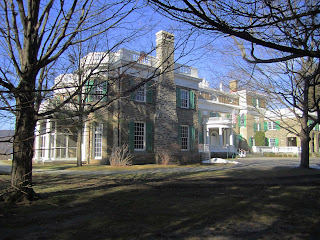 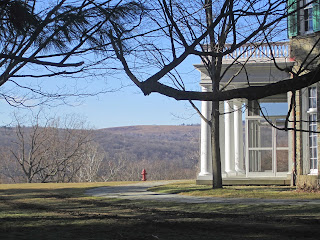 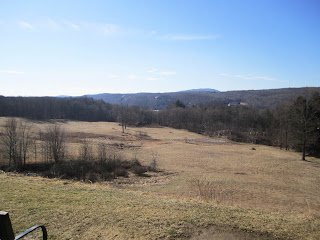 The southern wing contains an elegant library and enjoys a distant view, which no doubt looks better in the summer. In Roosevelt's day I doubt the trees would have been allowed to obscure the river to the extent they do now. 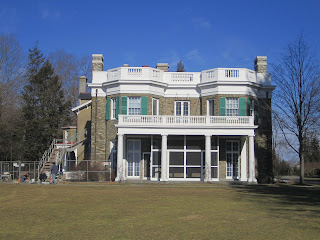 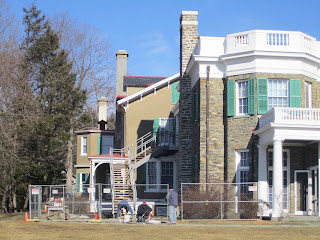 Here are 2 more direct views of the southern wing. The ground level library opens onto that superb porch. Three bedrooms are on the second floor - FDR's on the right, his mother's in the middle, and his wife's on the left. Much has been written about the president's peculiar private life, and you can read it someplace else. The second image is a closer view of an exterior stair erected by the Parks Department - and being reconstructed at the time of my visit - as an exit route at the end of the house tour. I don't know who came up with this nutty idea, to welcome visitors through the front door, and shoo them out through a window upstairs. More to the point is the shape of the original house, visible on the left. 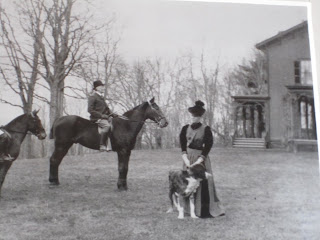 This photo was posted in the carriage house and shows - or strongly hints at - the former look of the place. 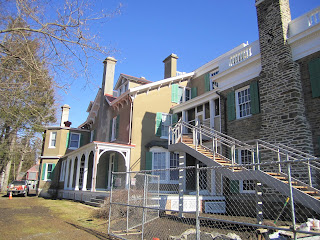 Here's a better look at that exterior exit stair. I'm sorry, but there must be a less insane way to end a house tour. 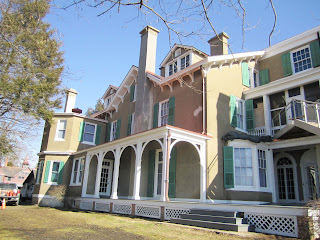 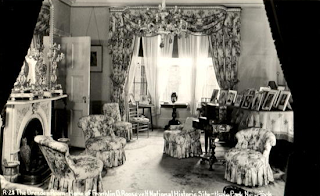 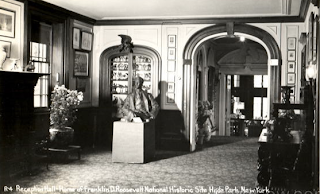 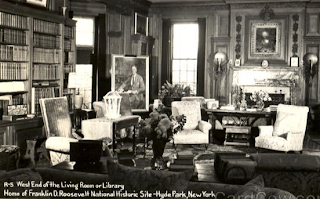 These vintage interior views are quite accurate today. Mrs. Roosevelt Sr. - we were reminded repeatedly that this was her house - had a Victorian love of clutter. The interior finish of the parlor in the first image above - scale, moldings, fireplace, flooring - was no Hoppin and Koen design. The architects enlarged the entrance hall (second view above), but left the Victorian staircase, probably at the insistence of the president's mother. The big library is another story; its fashionably luxe look goes completely with its exterior. 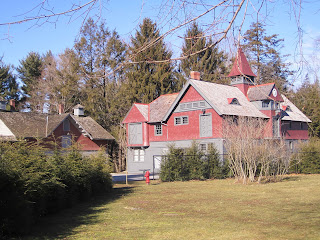 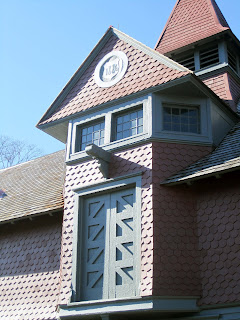 The stable is intact, although I understand a part of it was rebuilt after a fire. The date on the tower says 1886, when the future president was four. 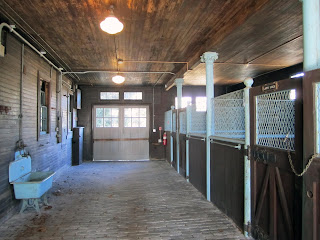 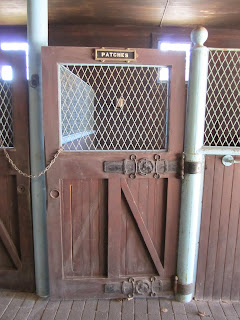 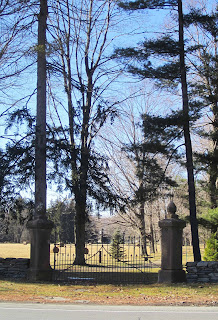 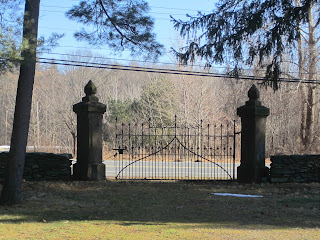 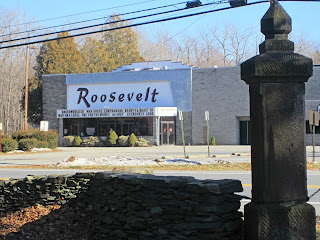 The Park Service has been a wonderful steward of the Roosevelt place but, like many other historic house operators, it has insisted on depriving modern visitors of the original approach to the house. FDR didn't scuttle onto his property via a side road; he drove through the original main gate and we should too. A great deal of the impact of a big old house stems from the approach. The Roosevelt Cinema, across the street from the (now closed) main gate, admittedly lends a piquant touch. 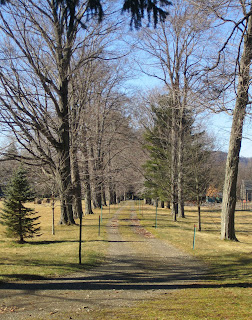 The drive to the house, flanked by an allee of immense trees, has been allowed to lawn over. The Park Service keeps it passable, although why the traffic lane is now off center is one more institutional mystery. 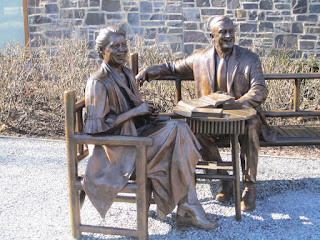 I don't know if the Roosevelts were always this happy, but it's a nice note on which to leave them.
Posted by John Foreman at 4:00 PM