Jazz and Dad in Philadelphia 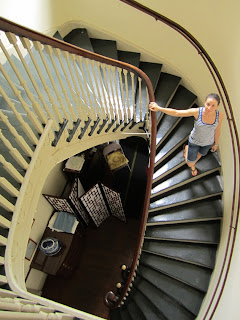 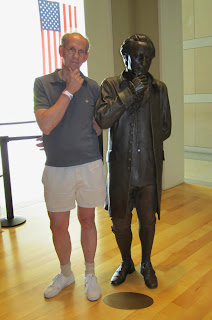 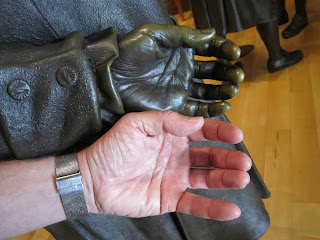 Here's Jazzy on the stairs inside Lemon Hill, a country house on the banks of the Schuylkill River. It was built in the countryside in 1800 and is now located in Fairmount Park, just north of the Art Museum. There is a string of these old houses, miraculously preserved in the park, about which more later. The statue next to John doesn't just look like him, it IS him. It's part of a group of bronzes on the second floor of the National Constitution Center that depict in 3-D a painting of the Continental Congress debating the Declaration of Independence. Years ago, an actor pal told me I could get $100 for being a body model at a studio over in Dumbo. The statue is me as John Dickenson, delegate from Delaware. His hand probably even has my fingerprints.
Posted by John Foreman at 4:53 AM