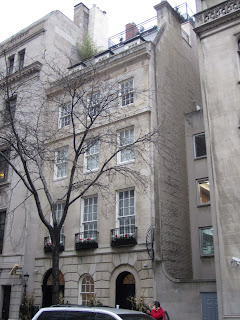 I have a pet peeve - aside from Michelle Bachmann, Rick Santorum, Herman Cain, Rick Perry and Mit Romney - and it pertains to top floor alterations on vintage townhouses. The building above is located on East 69th St. between Park and Madison Avenues, a very fine block on which, coincidentally, I represent a townhouse one-bedroom exclusive which I hope to sell some day before I die. The house in this picture is a one-family residence and whatever they've done inside, the original facade remains intact. How handsomely the architect has composed that facade. To simply walk by and look at it is a source of joy. 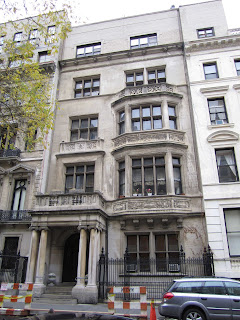 Here's a house on the Fifth Avenue block of East 78th St. When built, this house had a similar setback fifth floor lit with dormers. Omigod...what have they done? I'll tell you what they've done; they've wrecked it. 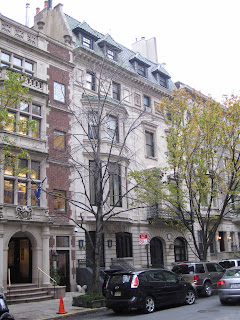 This pair of limestone mansions with matching terracotta roofs and hipped dormers is on the north side of East 76th Street just off Fifth. How elegant and well proportioned they look. Honestly now, how much additional rentable space would an owner get by hacking off the dormers and erecting a vertical wall? 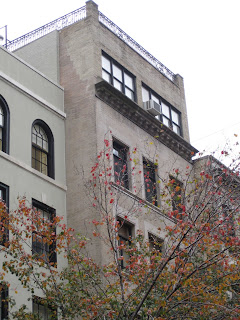 This one's back on 69th St. across from my exclusive. The location of its former roof line is clearly visible, and the new top floor looks perfectly awful. Could they have made it look worse? Obviously no one tried to make it look good. 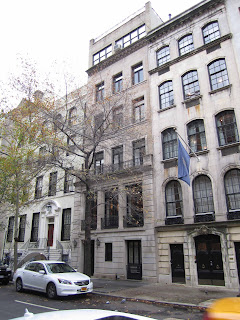 Same house from across the street. This sort of thing brings tears to my eyes, sensitive soul that I am. 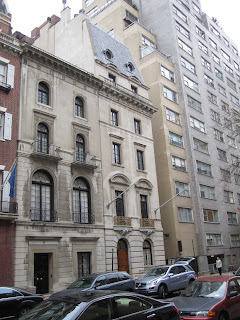 If you need more room up top, I say do it the way it used to be done. Examples abound on neighboring streets. 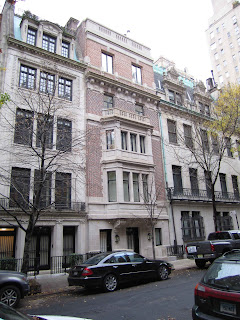 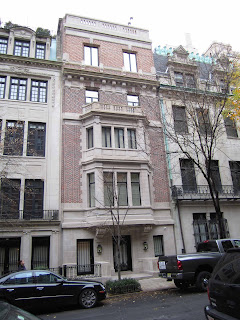 This is the best added floor in the neighborhood, and even here the windows are too big. The issue is proportion, which Edith Wharton called the "good breeding" of architecture. Good proportion is that hard to quantify relationship between length and width, height and depth. When it's right, the eye knows it immediately. When it's not, the result will fall somewhere on a scale between "not great" and "perfectly dreadful." 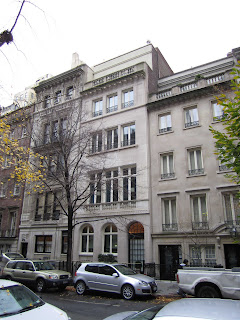 The house in the middle of this frame is OK, but not great. 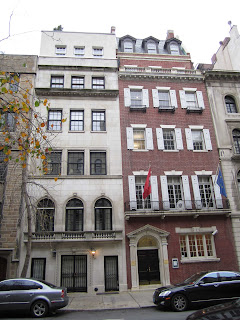 The house on the left is only slightly terrible. At least some effort was made to harmonize the new fenestration with the original. The brick house next door is an eloquent reproach. 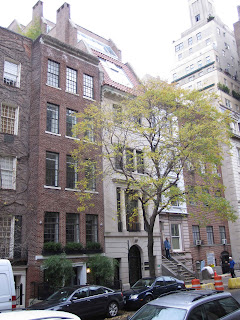 I don't know what to say about this one. It ain't great, but it might have been worse. 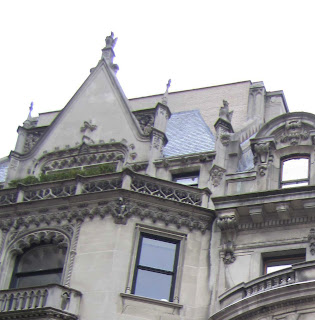 I'll just bet someone was perfectly prepared to tear off that Gothic gable in order to raise the top floor on this superb mansion. This is a case of "it might have been much worse." 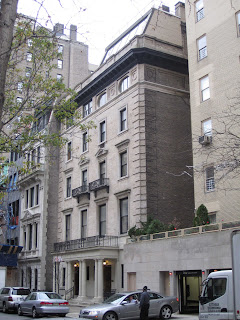 This is worse. Who lives up there, Dr. No? 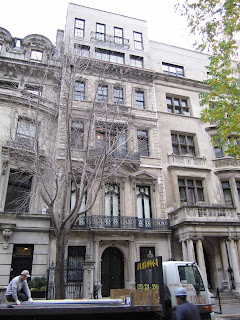 To my eye, this is a grievous mutilation of a magnificent old house. Located on the same block - East 78th St - as Mamie Fish's house, it is one of a string of very big houses. Not many have survived in single family use, which is usually the best protection against ham-handed alterations. 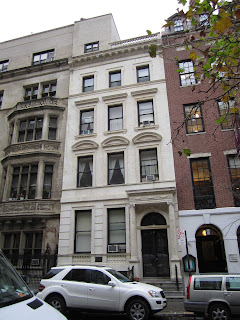 I've been in that top floor apartment with the terrace and I didn't like it. 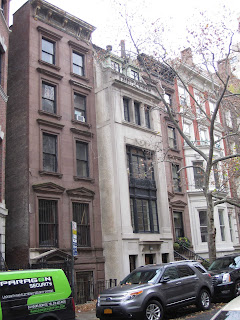 These three houses were originally identical spec-built brownstones dating from the late 1860s. All three had high stoops and predated the high tide of fashion on the East Side. Sometime in the early twentieth century - I'd guess before the First World War, but possibly after - someone with sophisticated taste renovated the middle house and added precisely the mansard roof and dormers that have been so wantonly destroyed elsewhere. A good note on which to end what has been, I'll admit, a self-indulgent rant.
Posted by John Foreman at 3:25 PM