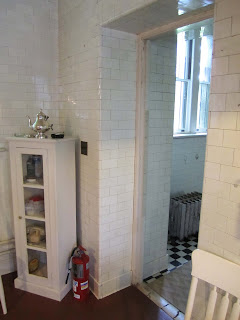 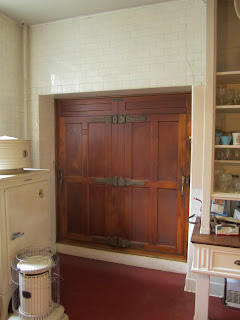 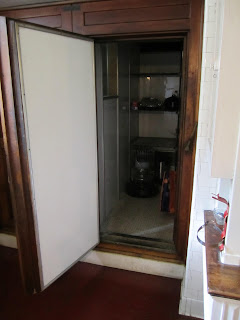 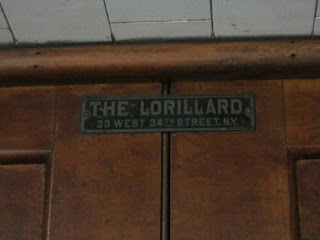 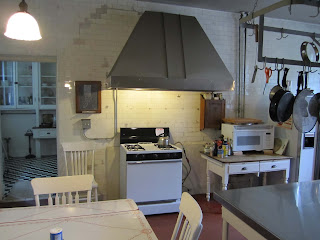 Almost 30 years ago, I rescued an enormous antique gas stove from the basement of an old mansion here in Millbrook. It had three ovens, a roll top bread warmer, seven burners, a tall hooded back, and all sorts of exterior gas piping and ceramic handles. After the oven door fell off for the 10th time, I hauled it out to Rhode Island where an old guy who called himself the Stove Doctor was going to restore it. He never did, but instead moved it to some stove pal's place in New Hampshire. The price doubled and I wound up abandoning the whole project. One day, I'll find another old stove and dump the "temporary" range that's been sitting under the hood for the last 10 years.
Posted by John Foreman at 3:29 PM