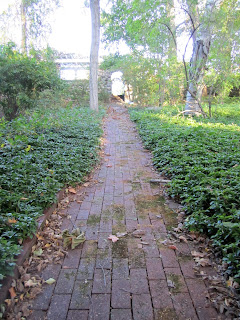 Here's that same path today, excavated from an untended jungle of brambles and wild honeysuckle. 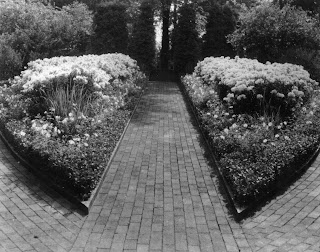 We're back to the 1920s in this shot of the center of the Flagler garden. One wonders how many gardeners were employed here, not just to maintain, but to design this horticultural tour de force. 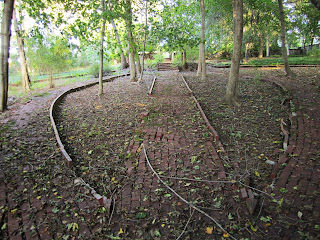 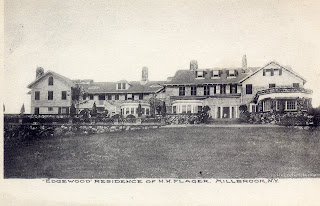 This side of the house overlooked the lawn terrace where the hunt met in the image in the prior post. See those steps? A hound is sitting on one of them in the hunt photo. The photographer who took this shot had his back to the distant view of the Catskills. Edgewood's original section, built for Frederick Jones in the 1890s, is clearly discernible on the right; the first addition, dating from Harry Flagler's purchase in 1903, is readily discernible on the left. I like the house this size, more so than after it became so huge. 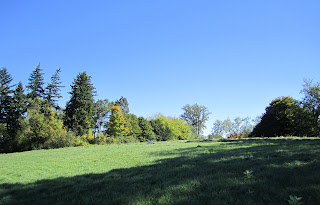 The same view today. All gone.
Posted by John Foreman at 1:15 PM